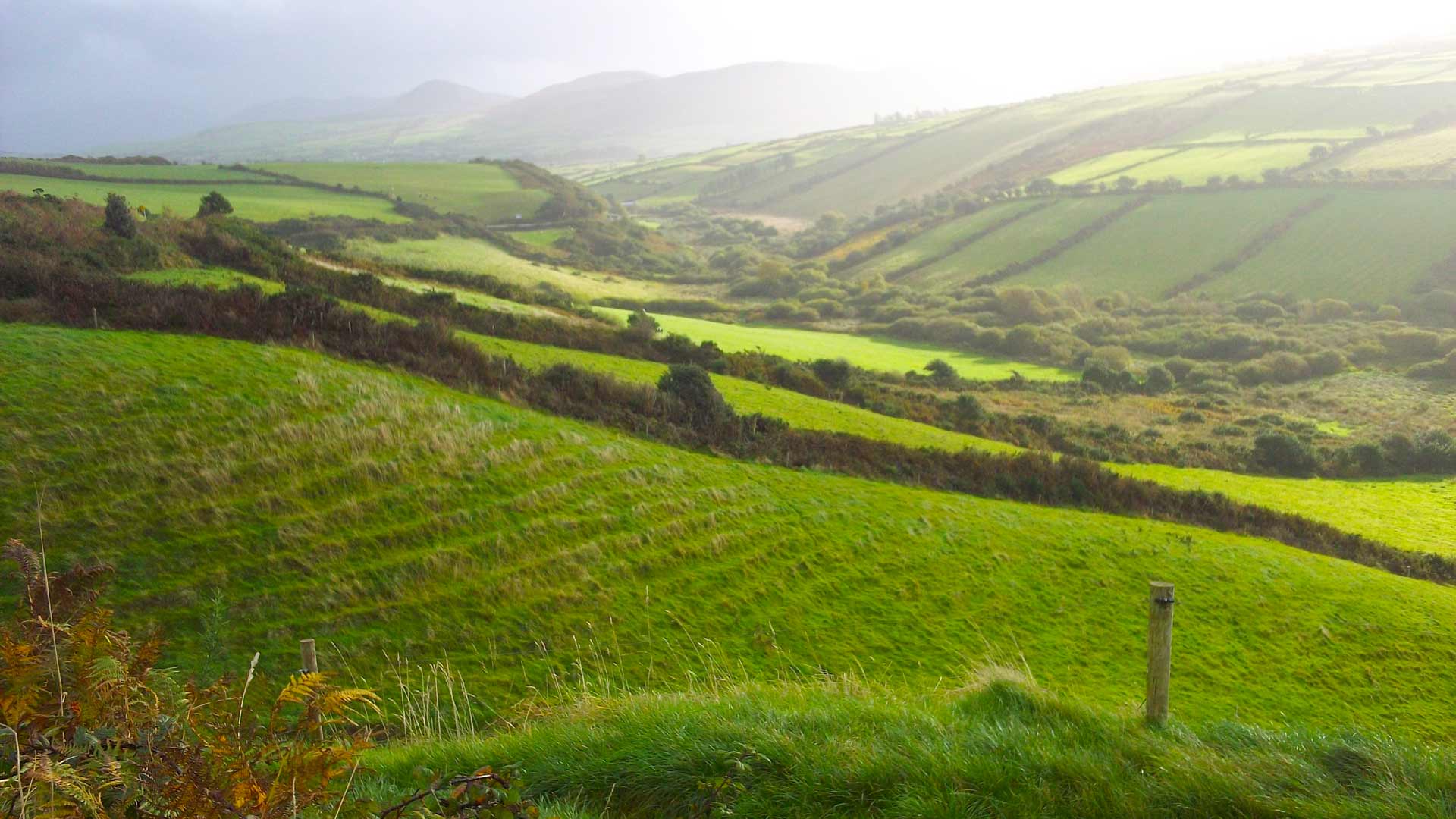 The Common Agricultural Policy (CAP) of the European Union is in place to ensure a fair standard of living for farmers through subsidies and other income support; provide a safe, stable and affordable food supply for consumers; and help balance development of rural areas throughout the continent. In Ireland, the Department of Agriculture, Food & Marine is responsible for the task of identifying parcels eligible for the program.

Each year under the Single Payment System, farmers across the European Union are paid a subsidy based on the amount of land they actively farm. Land that has gone to scrub or where buildings or roadways have been put in place is considered
ineligible. The Agriculture Ministry’s task is to identify those parcels where a change of use has taken place that no longer makes them eligible for subsidies under the
guidelines of the program.

“It is an ongoing and complex task that relies on a great deal of human intervention and interpretation,” explains Jason Parker, GIS technician for Dublin-based ICON, a European Space Imaging reseller. “The Ministry sought to develop a land parcel identification system database that could quickly and more automatically identify specific features of the landscape that do not qualify for payment under the program.”

With the long-term goal of implementing a countrywide repeatable and consistent approach to imagery analysis and change detection, the Ministry asked ICON to develop a process that deployed an object-based image analysis scheme that would
more fully automate the process, reducing the need for human interpretation and increasing both the accuracy and efficiency of the process. In March 2012, ICON embarked on a pilot project involving eleven 1.5 x 1.5 kilometer sites in the west of the country where the land is typically poor in agricultural quality with a lot of scrub. WorldView-2 was tasked with collecting the imagery.

“The objective of the pilot was to fully exploit the capabilities of the WorldView-2 eight-band dataset by extracting the most meaningful information from its remotely sensed data to speed imagery analysis and change detection,” Parker says.

Once captured by WorldView-2, image objects, grouped by shape and texture, were created over four levels with each level having a finer segmentation than the level preceding it. Image classification is performed in three groups with each group using different features of color from the red, green, blue and nearinfrared bands, as well as various texture and vegetation indices.

“We basically used a bottom-up approach that essentially passes a series of filters over the image,” Parker explains. “The preliminary results indicated that the greatest accuracy comes from classification processes that utilize a combination
of color and texture features that allow us to distinguish water, buildings and shadows.”

Creating a model of repeatability and consistency

Phase two of the project, incorporating even more data sources and upgrades and enhancements to the system’s analysis programs, are just getting underway. The end goal is to create a repeatable, consistent land parcel identification model that can be used in a variety of both rural and urban settings and adapted for use across the country and even the Continent.

The first pilot project gave us great insight and direction to move forward
and refine the model to cost-effectively create the consistent and
repeatable system that can be applied to many environments, including
urbanized areas where variables and rates of change are even greater, as
well as to other countries across continental Europe.

Create a cost-effective, consistent and repeatable methodology to
identify land parcels where a change of use has taken place making
them ineligible for EU government farm subsidies.

This broad-based solution not only speeds imagery analysis and
change detection, but also creates a scalable, repeatable and
consistent approach to the process.

Established in 1994, Dublin-based ICON Group has a high level of expertise in handling data and information, and in building and re-engineering database systems. Continuously developing and updating its range of services, ICON has particular expertise in working with Irish data sets and has a strong grounding in dealing with spatial data.