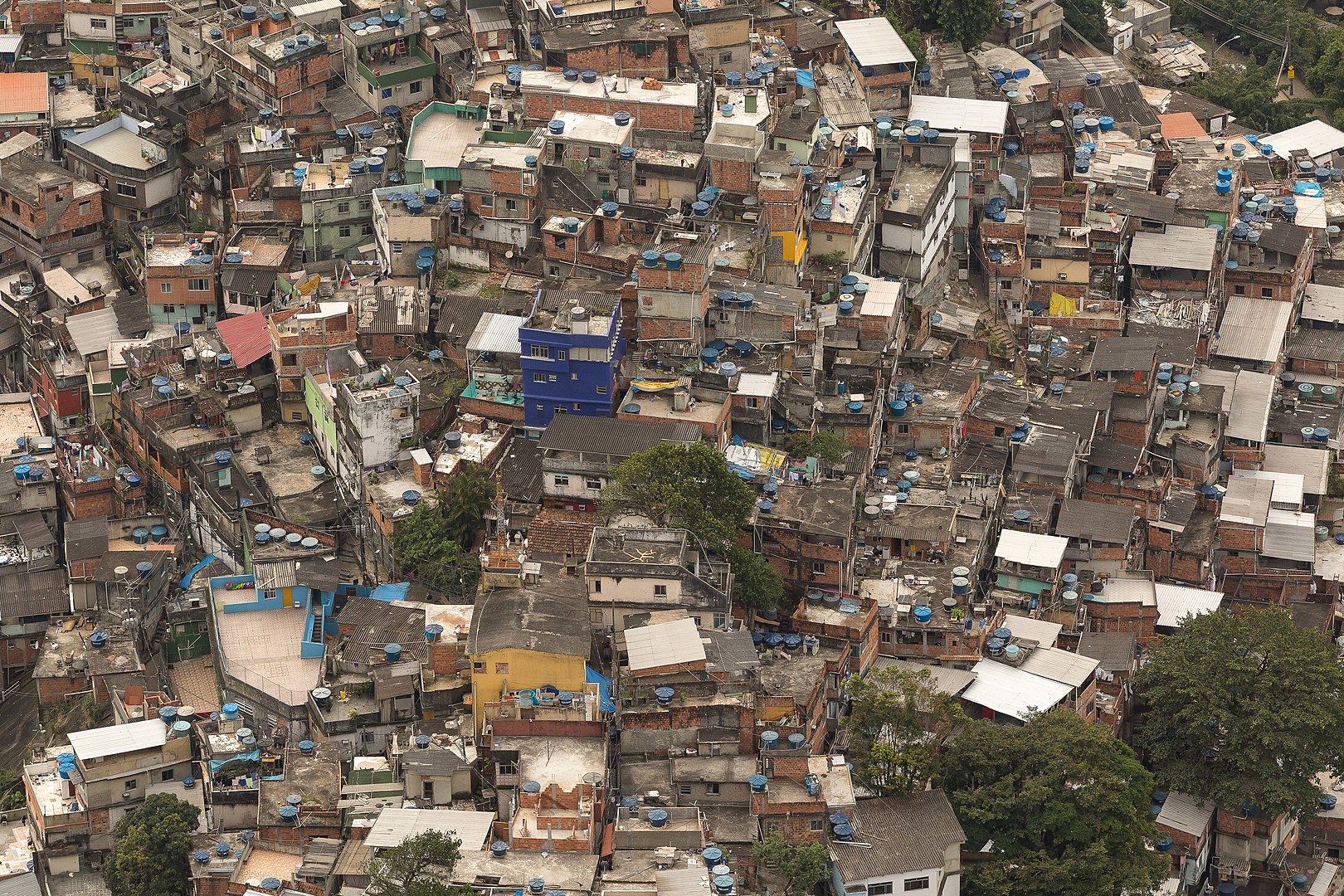 Hannes Taubenböck and his team at DLR are using Very High Resolution (VHR) satellite imagery, supplied by European Space Imaging, combined with auxiliary surveys to develop a base model classification system for the shape and structure of urban poor areas around the world.

Slum, favela, tenement…whatever you call it, nearly every country in the world has some form of urban poor areas.  Taubenböck, Kraff and Wurm identify these locations as “Arrival Cities”, defined as a place offering relatively affordable housing serving as an access to the city, its society and its functions (a concept based on Doug Saunders’ Book “Arrival Cities”). These urban poor areas are often perceived to be densely populated clusters of dilapidated and make-shift structures.

This perception, however, fails to accurately define the morphology of these “Arrival Cities” in a meaningful way for researchers and urban planners. There are information gaps regarding these blighted neighborhoods across the globe, and without proper classification systems, policymakers cannot have the full view to make informed decisions regarding their local poor urban areas. Through the use of WorldView VHR optical satellite imagery, Arrival Cities can be modeled, measured and categorized for a better understanding by researchers.

Estimates from the UN-Habitat state that nearly 1 billion people live in slums across the world and that informal structures contribute significantly to global housing construction.  Despite the statistics, these areas are often the most neglected in any city.  There are very few consistent empirical methods for researching and documenting urban poverty.

Furthermore, huge gaps in the spatial identification of these Arrival Cities still exist in many parts of the world. In a sense, Arrival Cities are missing from the maps, and because there are no agreed upon parameters for studying these areas using remote sensing, the spatial data that does exist is inconsistent and incomparable across data sets.

Hannes and his team used a combination of remote sensing data and surveys from the field to create a consistent method for identifying, measuring and categorising Arrival Cities anywhere in the world.  They hope to answer these two questions:

They needed to develop a system to define the physical appearance of poor urban areas and how to consistently and reliably measure and classify the structures within.

Satellite Imagery for a Baseline System

To begin, the team identified 44 Arrival Cities across the globe.  The then contracted European Space Imaging to collect Very High Resolution satellite imagery of the selected locations.  VHR optical imagery holds value in the level of detail provided to the user.  It is crucial in projects involving object detection, mapping and 3D modeling.

“Working on an individual building level in such dense and complex environments demands Very High Resolution optical satellite data. Because some of these urban poor areas are often not in official records, we needed consistent satellite imagery. European Space Imaging was able to deliver this data sourced from the WorldView satellite constellation, enabling us to produce a baseline data set.”

With the data collected, Hannes was able to construct 3D building models in LoD-1 (Level of Detail 1).  Using these models as a basis, the team devised a methodology for classifying the shape and distribution of these buildings.

Classification Criteria Based On EO Data

The researchers were able to create a Morphologic Settlement Type Index “categories representing urban poverty in their physical appearance” based on five structural and measurable properties.  The criteria are as follows:

Expectations for these criteria were identified in order to calculate how much these Arrival Cities deviate from conventionality.  Expectations such as “High building densities with little planned public space” and “low building heights due to financial hardships on the builders” construct the “ideal” image of a slum.

Upon closer inspection, it was discovered that Arrival Cities exist in a wide variety of morphologies.  Some with large buildings and high densities and others with erratic, wide-spread patterns. Surprisingly, there were significant morphological differences between slums within the same countries and even within the same city. This further proved the need for a consistent method for empirically classifying the types of urban slums.

A total of three main categories of Arrival Cities were identified with transitional subcategories between them.  With this classification methodology, future researchers can establish algorithms to better measure and understand the countless other Arrival Cities scattered across the planet.

It has been revealed that while auxiliary data sources are necessary, high quality Earth Observation data is a determining factor in conducting this method of urban poverty research. With an increased availability of remote sensing capabilities and the high level of detail provided by some sources, such as VHR satellite imagery from the WorldView constellation, further development of this baseline data is possible on a worldwide scale.

While the results of this study may have concluded that no two Arrival Cities are physically identical, the people living inside of them share many experiences. They struggle to find adequate income, healthcare and access to utilities such as clean drinking water and electricity. By closing the data gaps regarding these poor urban areas, we give geospatial professionals the tools they need to paint a complete picture for policy makers.