At 400 m long and 59 m wide, a 200,000 tonne container ship has been blocking the passage of other vessels in both directions along the Suez Canal in Egypt since Tuesday evening.

Satellite images of the affected area were first acquired by Satellogic with NewSat-16 on on Thursday 25 March 2021 and supplied to European Space Imaging through their European partnership with the company. Captured at sub-meter resolution and supersampled to 70 cm, the imagery shows the extent of the blockage and the current rescue efforts. Tug boats have been deployed to free the ship, severable identifiable from the imagery.

On Friday 26 March 2021, imagery was acquired by European Space Imaging with WorldView-2 at 50 cm resolution to monitor the extraction progress. In this imagery we can identify a large dredging boat attempting to remove soil from beneath the banked ship along with supporting tug boats. The imagery also highlights the waiting ships at the north end of the canal.

“When disaster strikes, VHR satellite imagery can provide critical information for emergency relief operations to evaluate the extent of damage and get an entire overview of the scene,” said Adrian Zevenbergen, Managing Director, European Space Imaging. ” The images of the banked Evergreen cargo ship can aid crisis management teams with logistical insights such as the localisation of the blockage and assist in identifying points of access for required ground support. Regular monitoring of the site can detect any changes that may be critical to minimising or even eliminating further catastrophe.”

About 12% of global trade passes through the Suez Canal which connects the Mediterranean to the Red Sea and provides the shortest sea link between Asia and Europe. Rescuers are currently trying to dislodge the enormous ship before the tide shifts next week which could potentially result in the stranding of the ships for weeks and costing the global economy tens of billions of dollars. 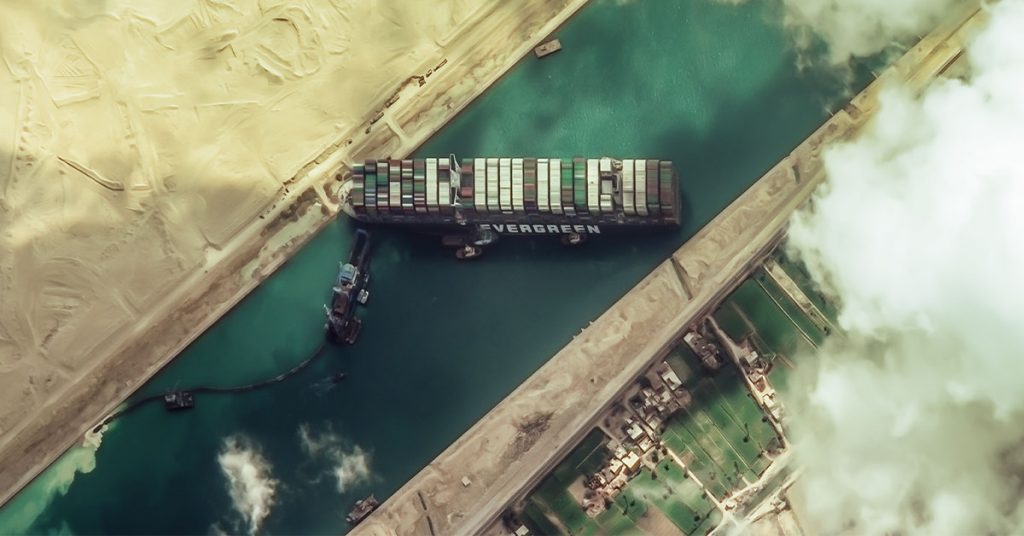 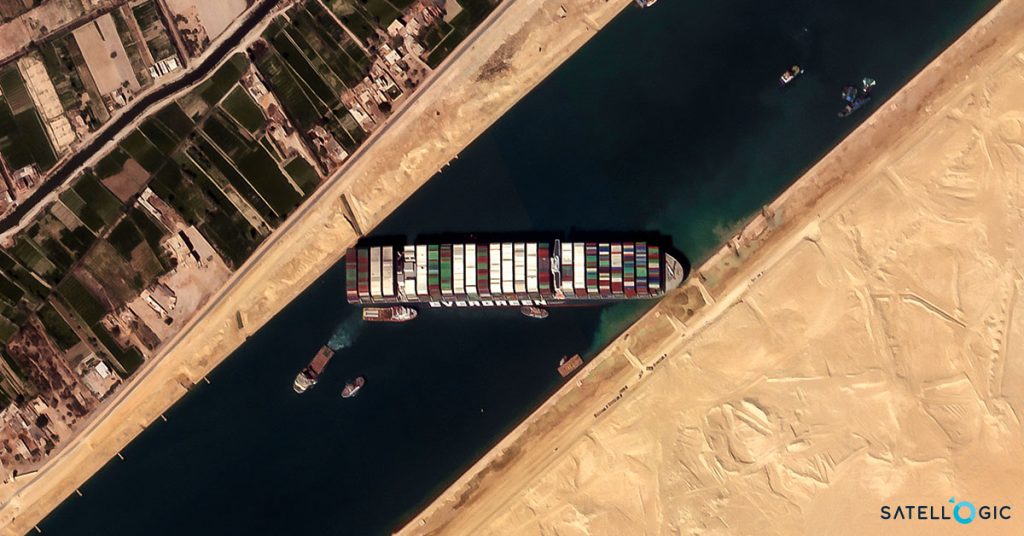 Satellite image at 70 cm resolution of the Evergreen container ship on the Suez Canal, Egypt. 📷 25/03/2021 by NewSat-16. Supplied by European Space Imaging © 2021 Satellogic 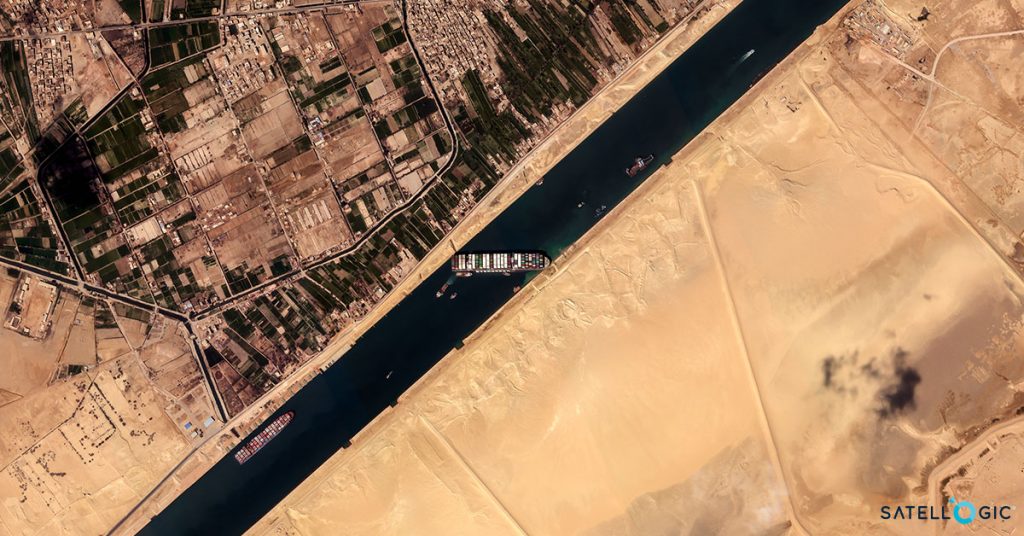