Seen From Space: Landslide in the Swiss Alps

Eight people are missing after a massive landslide in Bondo, near the Italian border in the south of Switzerland.

On Wednesday August 23rd a huge chunk broke off the side of a mountain in Bondo, in the southern Swiss Alps, at speeds of more than 250km/h. It is suspected that the resulting landslide swept away eight hikers.

A second landslide followed on Friday August 25th, causing rescuers to abandon the search for the missing people, and a third landslide on August 31st poured more rubble into the beleaguered village. 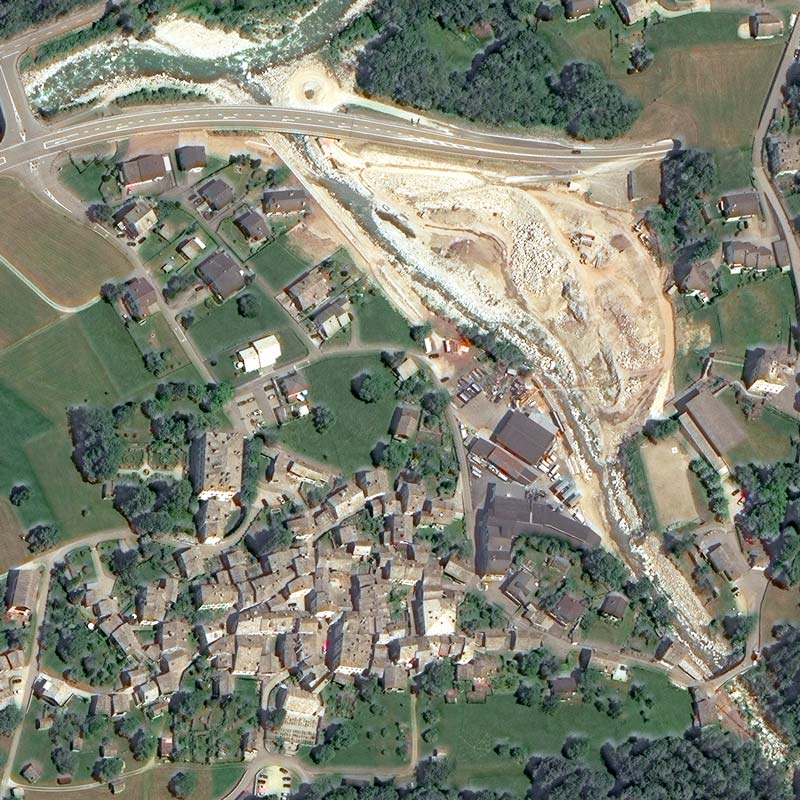 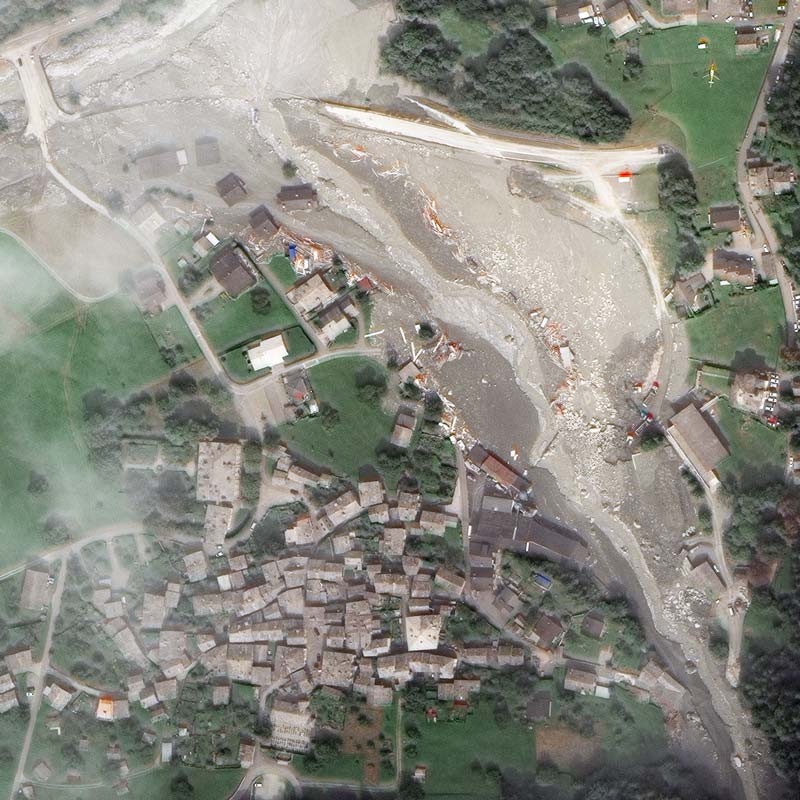 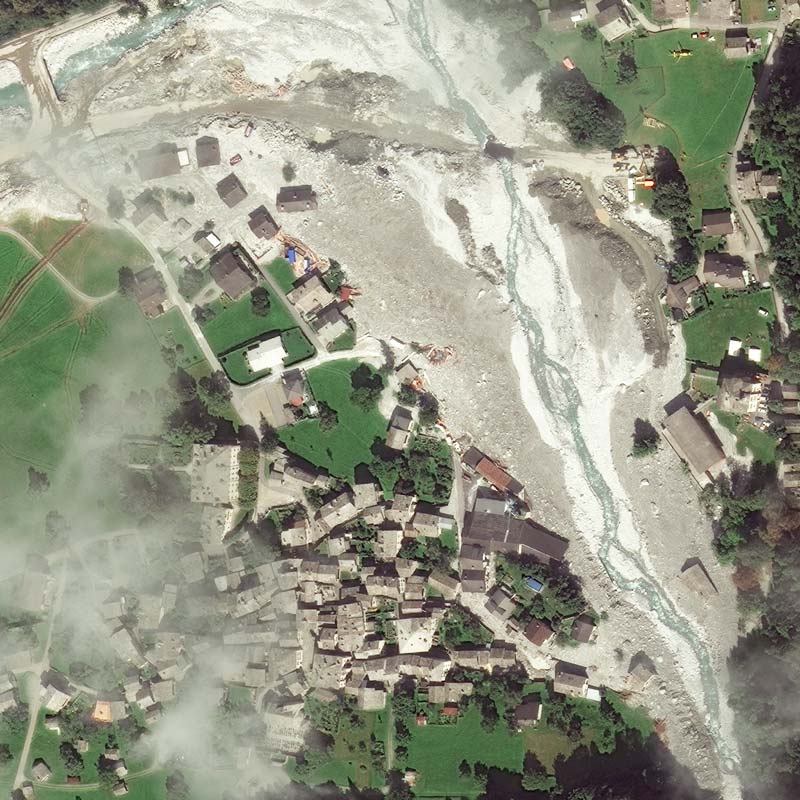 It can clearly been seen that mud and rubble from the two landslides have destroyed houses and roads.