Seeing the Forest, and it’s Trees

Accounting for nearly three percent of Sweden’s Gross Domestic Product and over 12 percent of its exports, the forestry industry plays a significant role in the nation’s economy. High resolution satellite imagery is proving to be a critical tool to monitor the health of Sweden’s vast forests, a growing priority to track and mitigate the increasing effects of bark beetle infestation.

A Growing Infestation of Bark Beetle

Bark beetles have wreaked havoc on Central Europe’s forests for centuries. Until recently, the bark beetle has not been a problem for Northern Europe because of the long, cold winters. But with a number of significant wind storms in the past decade and the earth’s temperature on the rise, bark beetles have become more prevalent in the forests of Sweden, Finland, Norway and Denmark.

“Bark beetles are very common across Europe,” says Nils Erik Jørgensen, Technical Chief and Owner of Norway based WorldView Global Alliance partner TerraNor. “But it is not the bark beetle itself that is the heart of the problem; that lies in how well we manage our forests to prevent their spread.”

Sweden has a lot at stake when it comes to keeping its forests healthy. The country is the world’s third largest exporter of paper and second largest exporter of sawn timber. Deploying the most effective technologies to monitor forest health is critical to controlling bark beetles.

“Bark beetles do not attack healthy trees. They attack sick and dying trees, then grow in large numbers and go after nearby healthy trees. To control their spread we need to quickly detect and remove sick and dead trees, and then analyze that data to determine where new attacks will occur. Satellite imagery provides a tremendous advantage, both technically and economically, in helping locate those areas vulnerable to new attacks”, says Jørgensen. 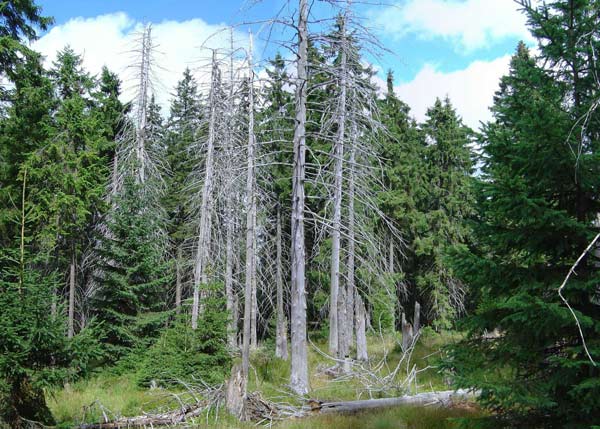 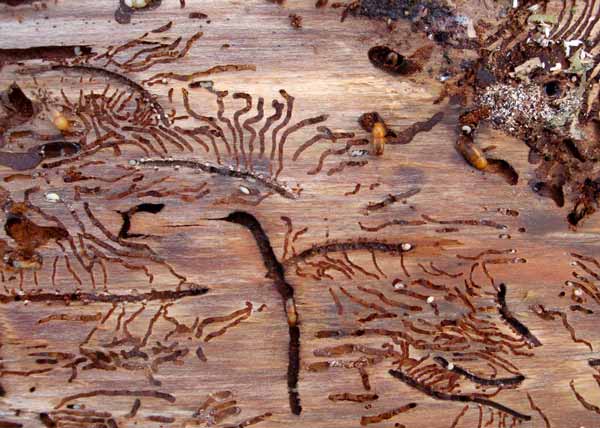 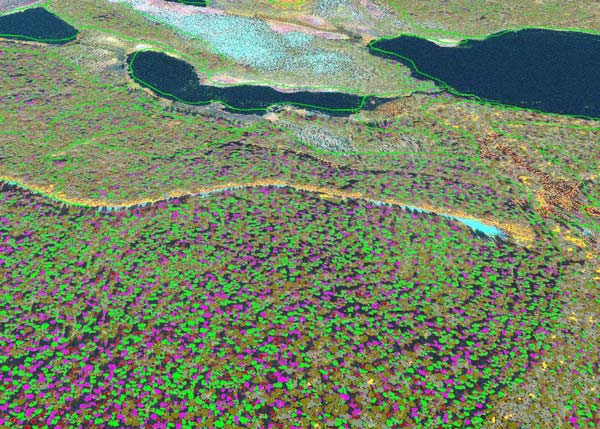 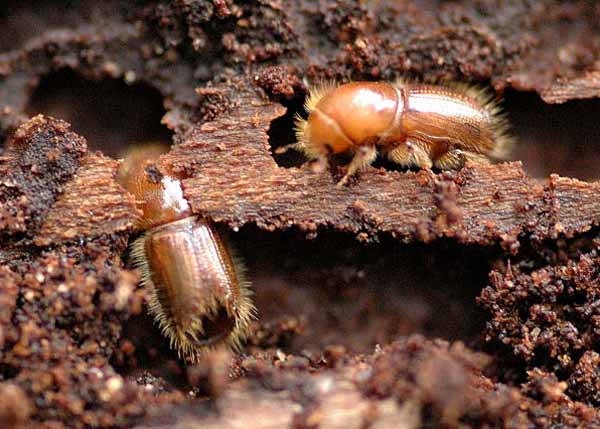 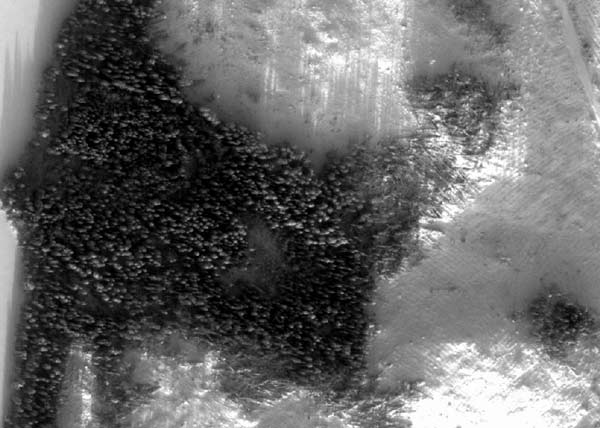 A section of forest that has been damaged by wind.

In 2011 TerraNor undertook the formidable task of finding trees attacked by bark beetles in the Östersund and Sundsvall regions of Northern Sweden. The DigitalGlobe GeoEye-1 satellite collected data over a four week period in July and August. The key to successful data collection is to identify sick and dying trees and new stand borders facing south.

“With 50cm resolution we managed to detect numerous species such as pine and spruce and the health of the trees,” Jorgensen says. “The image procurement is quick and cost efficient. We used PCI Geometica and eCognition for the analysis to classify trees into either good condition, sick or dead. Loggers can then go into the forest and remove the sick and dead trees, creating borders around healthy trees to prevent the spread of bark beetles.”

Winter in the forests of Northern Europe are long and harsh. In December of 2013 two particularly harsh storms passed through the mid-part of Norway and Sweden. In January 2014 TerraNor, using WorldView-2 monochrome imagery, surveyed 1600 square kilometers to identify areas with a high concentration of downed trees. Removing downed trees quickly is critical to slowing the spread of bark beetles. Due to the mass of snow, all roads were snowbounded and the only way to find the windfall was through airborne or satellites. Satellites turned out to be least expensive.

"In winter, air surveillance is expensive and often not possible due to weather conditions. WorldView-2 allowed us to collect the data we needed when we needed it. The quality of the panchromatic images was excellent, providing detailed information about the locations and number of fallen trees. Loggers were able to include those areas in their winter operations, removing the trees before the bark beetles had the opportunity to attack nearby health trees. The ability to proactively make forestry management decisions is what ultimately will control the spread of bark beetles in the forests of Northern Europe."

Create a flexible solution that provides the data to proactively make forestry management decisions that will help to control the spread of bark beetles in the forests of Sweden.

Forestry agencies and logging companies now have access to current data that enables them to remove sick or dead trees before bark beetles can attack nearby healthy trees.

WorldView Global Alliance Partner TerraNor, established in 1989, is a software and consulting company working with GIS and remote sensing. TerraNor’s main customer base is in forestry, oil, agriculture, education and research. TerraNor also sells software from world leading companies like PCI Geomatics, Trimble eCognition, QCoherent lidar and SpacEyes 3D. Remote sensing and classification of imagery have become the company’s main products in the past few years.