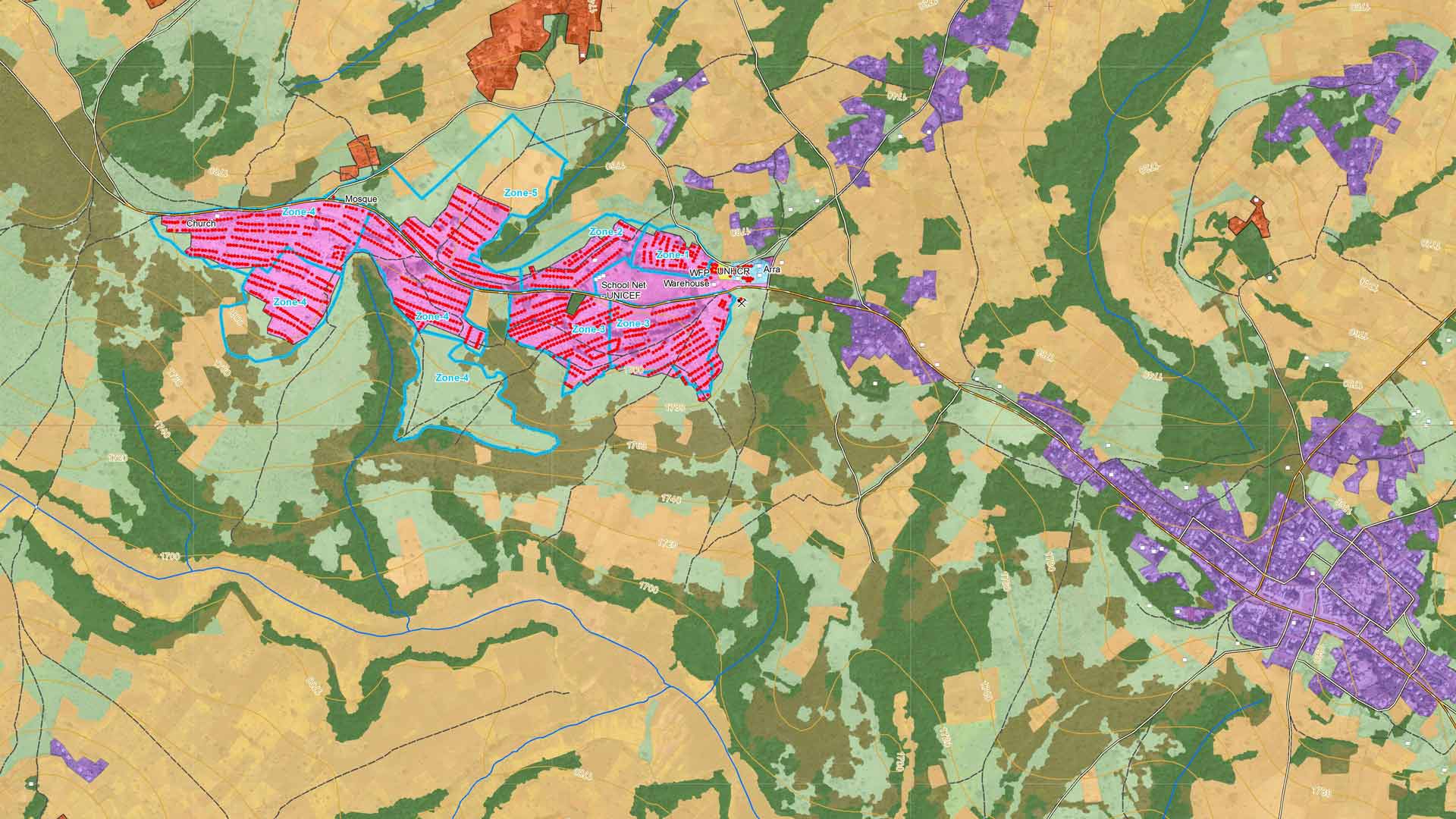 The ongoing civil conflict in Sudan has left the country home to one of the world’s most serious refugee problems with more than 2.5 million people internally displaced and over 600,000 refugees outside the country. The United Nations High Commissioner of Refugees (UNHCR), the UN’s refugee relief agency, is chartered with monitoring and assisting these vulnerable populations.

The UNHCR emerged at the end of World War II to assist Europeans displaced by the conflict. Today, the UNHCR assists refugee populations in 126 countries, including Sudan, a country riddled by civil war over the past four years. Sudan has more than three million displaced people and many face acute poverty and lack of access to health care, education and employment opportunities.

Mapping is vital to UNHCR’s operations around the world. The agency uses every technology available to ensure its data is accurate and current, including GIS software, databases and satellite imagery. These solutions allow the UNHCR to track the everchanging locations of forcibly displaced populations, the layout and infrastructure of refugee camps, and the environmental impact that camps have on surrounding areas.

The Tongo refugee camp is one of the largest in Ethiopia, located near the South Sudanese border. Following a surge of fighting in 2011, the camp saw a dramatic increase in its refugee population. To monitor the situation, UNHCR activated Copernicus SAFER emergency mapping service and within its scope turned to Gisat, a service provider and WorldView Global Alliance reseller.

“Satellite imagery is the ideal technology to follow the constantly changing conditions that characterize many refugee camps,” says Jan Kolomaznik, the head of the emergency mapping team at Gisat. “When the NHCR asked us to provide a system to monitor the Tongo refugee camp, QuickBird was the right choice.”

The UNHCR had a number of goals to achieve with mapping the Tongo camp, including the monitoring of refugee influx, camp planning, and food distribution logistics. Timely, highly-accurate and detailed data are crucial to UNHCR’s efforts.

“We had to map every single tent and building in the camp,” Kolomaznik says. “As well as classifying detailed land use, including settlements, cultivated fields and extraction of topographic features such as roads and waterways.”

To create the framework for ongoing monitoring of the Tongo camp, QuickBird was chosen for its ability to rapidly deliver cost-effective, high-resolution imagery that accurately classifies land use, agriculture, waterways, and the detailed infrastructure critical to UNHCR.

A Model for Future Projects

Using DigitalGlobe imagery, UNHCR was able to mitigate the situation at the Tongo camp, managing the influx of refugees, improving food distribution logistics, and implementing infrastructure changes that help improve the quality of life for camp residents.

In this case, DigitalGlobe satellite imagery is having a direct impact on human lives. QuickBird is allowing us to provide UNHCR with the monitoring capabilities it needs to deliver services in a timely and cost-effective manner and accomplish their mission of saving lives.

Develop a mapping solution that allows the UNHCR to track conditions at the Tongo refugee camp on the border of Ethiopia and South Sudan to more effectively deliver aid and services.

Gisat deployed QuickBird high-resolution satellite imagery and GIS software/databases to create mapping outputs that the UNHCR and its partners can use to make better decisions regarding aid.

In a rapid, cost-effective manner, Gisat provided the UNHCR the data it needed to better monitor the influx of refugees, improve food distribution, and make infrastructure changes to the Tongo camp.

Established in 1990, Czech Republic based Gisat has been a WorldView Global Alliance authorized reseller for three years. The company is dedicated to providing its customers with a wide range of value-added, high-quality and affordable geoinformation services.