A whirlwind hit the Mediterranean Coast in the province of Antalya, Turkey, injuring 38 people and causing significant damage to agricultural land, cars, and houses.

European Space Imaging captured a very high resolution image of the beachside village of Mavikent in the District of Kumluca using the WorldView-2 satellite on November 16, three days after the whirlwind ripped through. The satellite image shows a clear trail of destruction through the landscape.

It is reported that a waterspout merged with a severe storm to form the whirlwind that reached speeds of up to 200 km per hour. The Turkish Disaster and Emergency Management Authority (AFAD) have provided temporary shelters for people displaced by the storm. 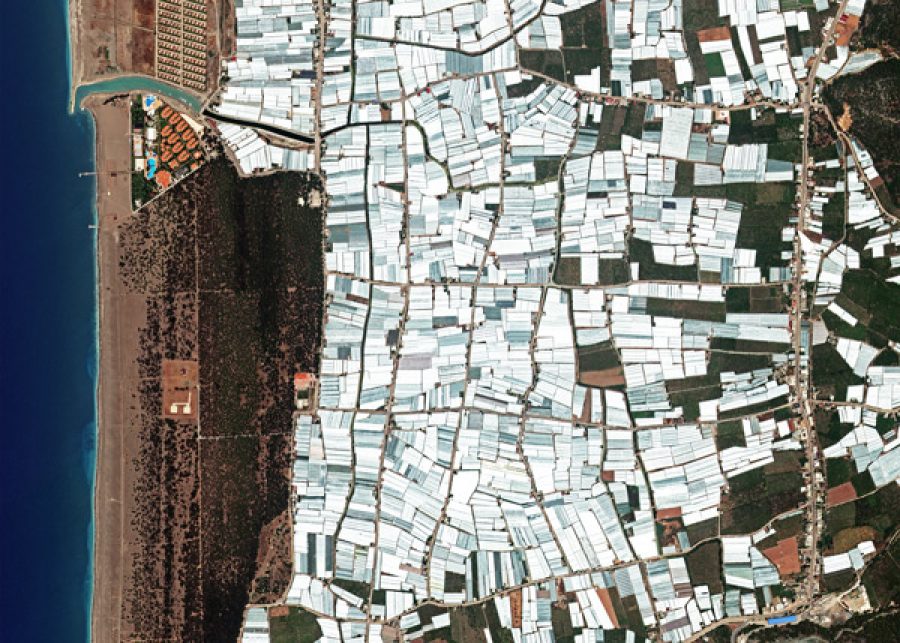 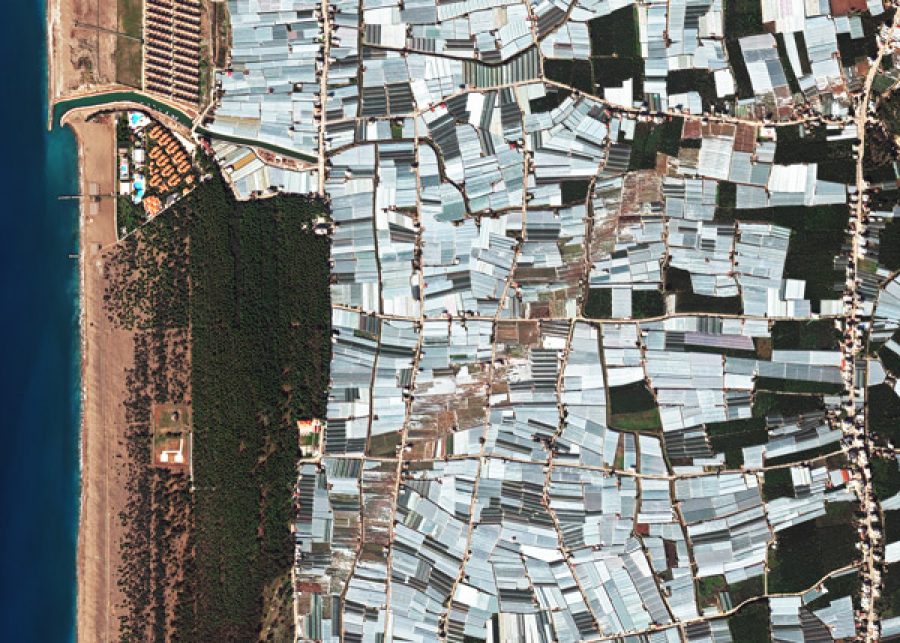