Satellite imagery supplied by European Space Imaging highlights the devastating extent of damage that was sustained to the Morandi Bridge as it collapsed during a violent storm on Tuesday.

Italian PM Guiseppe Conte has today declared a 12 month period of emergency as the death toll has risen to 39 people with a further 15 injured. Some 10,000 rescue workers are continuing to sift through the piles of concrete with sections of debris reaching three stories high in the search of finding remaining survivors. At least seven victims have already been pulled from the rubble alive. There are grave concerns that the remaining structure may collapse and this has lead to the evacuation of at least 630 people who reside near the bridge. 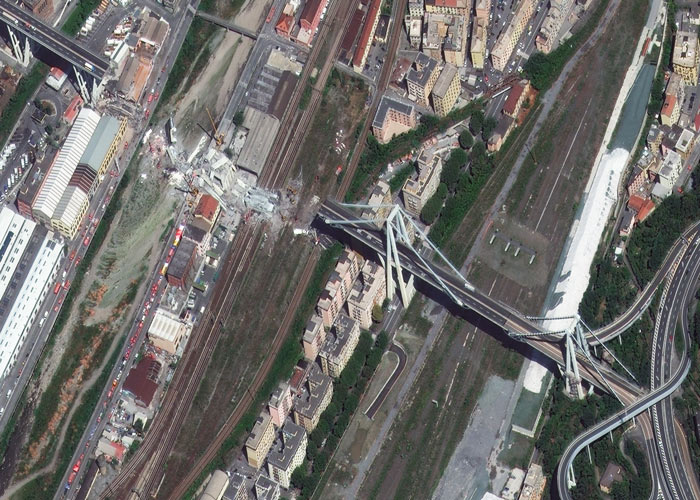 Satellite image at 30 cm resolution showing the collapsed section of Morandi Bridge in Genoa, Italy. The high quality of the data makes it possible to zoom in on the image and thereby identify the extent of the damage. 15/8/2018 by WorldView-4 © European Space Imaging

Due to the high resolution of the 30 cm satellite imagery released by European Space Imaging, we can identify a 300 meter convey of rescue vehicles at the rubble site along with a scattering of other vehicles around the perimeter totaling almost 100 vehicles. In addition several tent sites have been erected to service the crews and remaining survivors.

“Satellite Imagery is useful for first responders of any crisis to assess the scope of damage and get another view of the scene. It can also help to monitor and detect any changes that may be critical to minimising or even eliminating further catastrophe” said Adrian Zevenbergen, Managing Director of European Space Imaging. “The power of 30 cm resolution is that small objects can be identified making it an invaluable source of information for disaster management.” 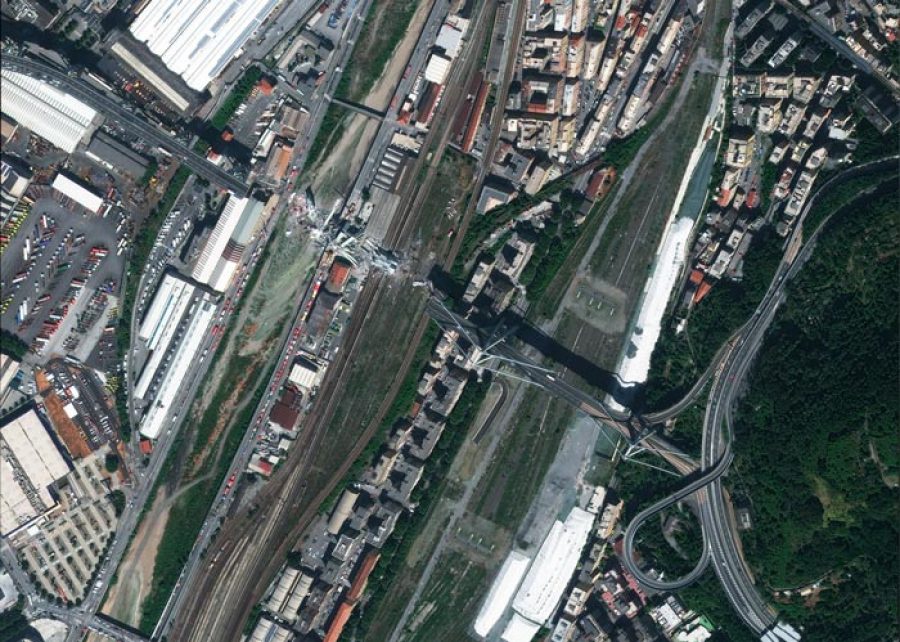 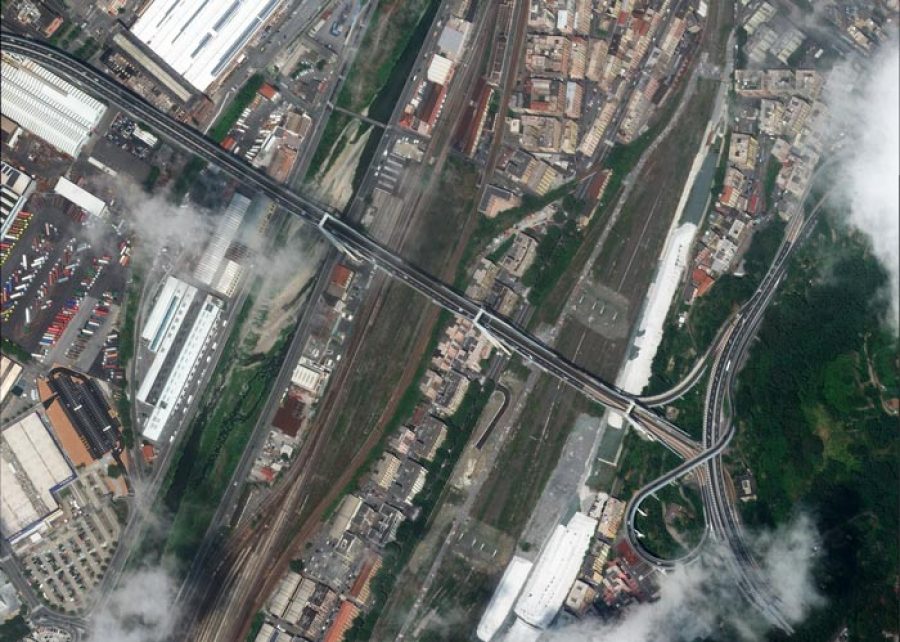 Whilst the cause of the collapse is still unknown, disaster engineer experts can make use of very high resolution satellite images taken not only during the stages of rumble removal but also those captured before the collapse. Through analysis of the structural wreckage, experts can identify faults and weaknesses of the bridge that will assist their investigation to pinpoint and understand the cause of its constructional demise.