European Space Imaging collected an image with WorldView-2 near Saint-Mandrier-sur-Mer in the Var yesterday afternoon as a pine forest fire fuelled by a Mistral wind was burning.

Approximately 170 firefighters tackled the blaze with the assistance of four Canadair of the Civil Security and helicopter water bombers. It is believed that more than 35 drops made to contain the fire after more than 30 hectares were engulfed by the flames and nearby homes were evacuated.

Yesterday the risk of fire is considered severe in six mountain massifs of the Var, including Corniche des Maures where the fire broke out. The fire was contained in the late afternoon and now the long process of treatment and monitoring will begin. 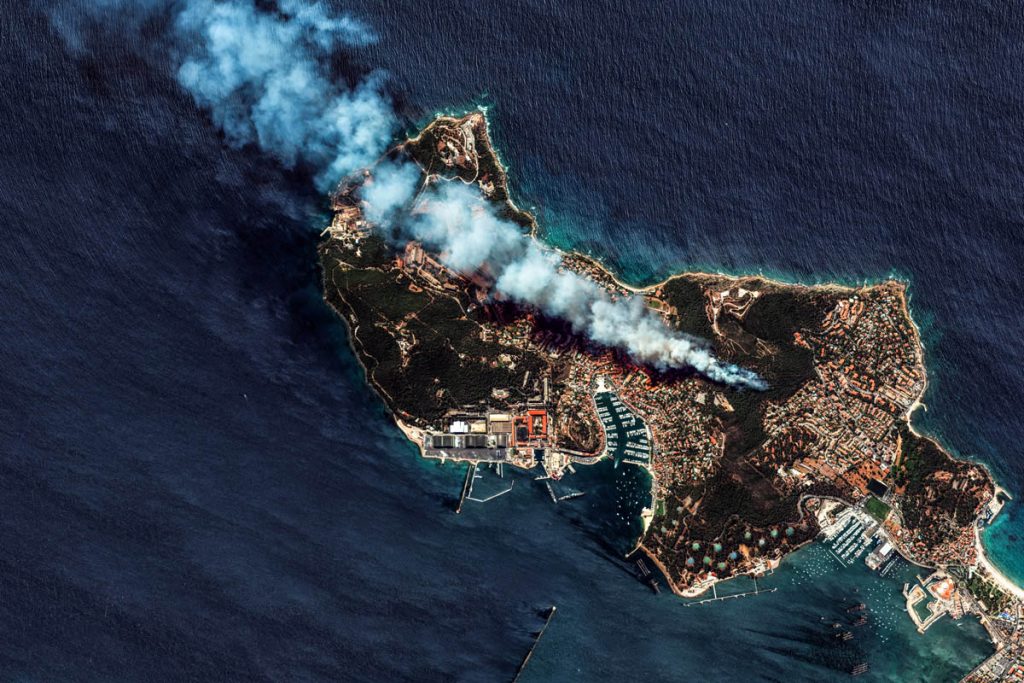 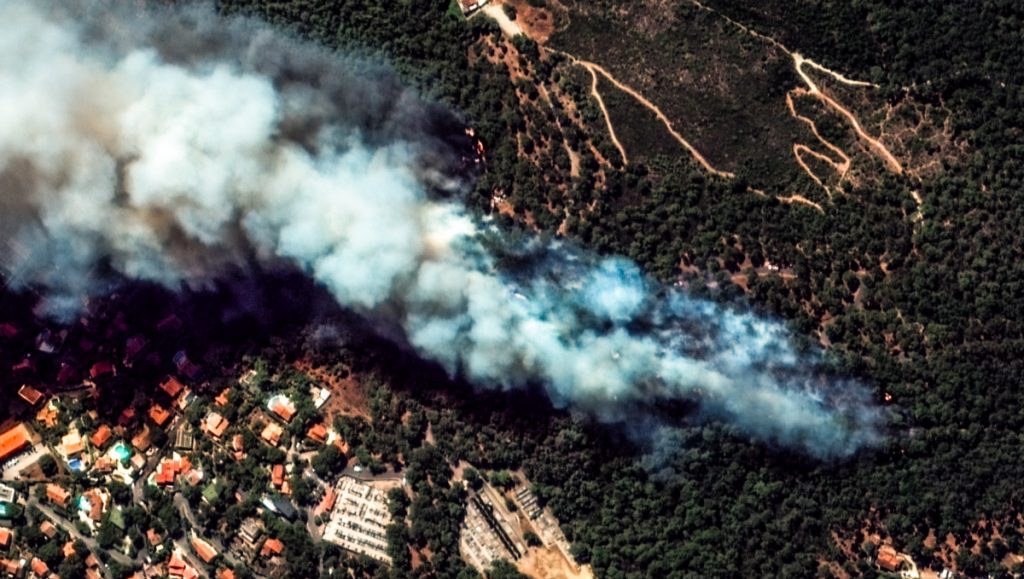 A close up image of the pine forest fire with WorldView-2 at 50 cm. In this true colour image you can see the fire still burning. Satellite Imagery © 2019 European Space Imaging 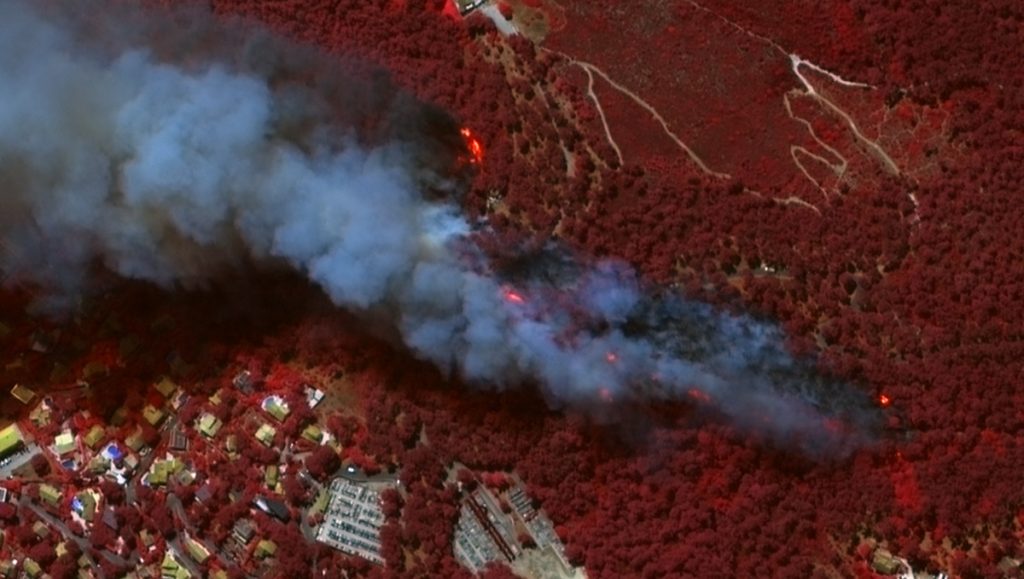 A close up image of the pine forest fire with WorldView-2 at 50 cm in false colour. Using the near-infrared band allows clearer identification of where the fire is still burning. Satellite Imagery © 2019 European Space Imaging