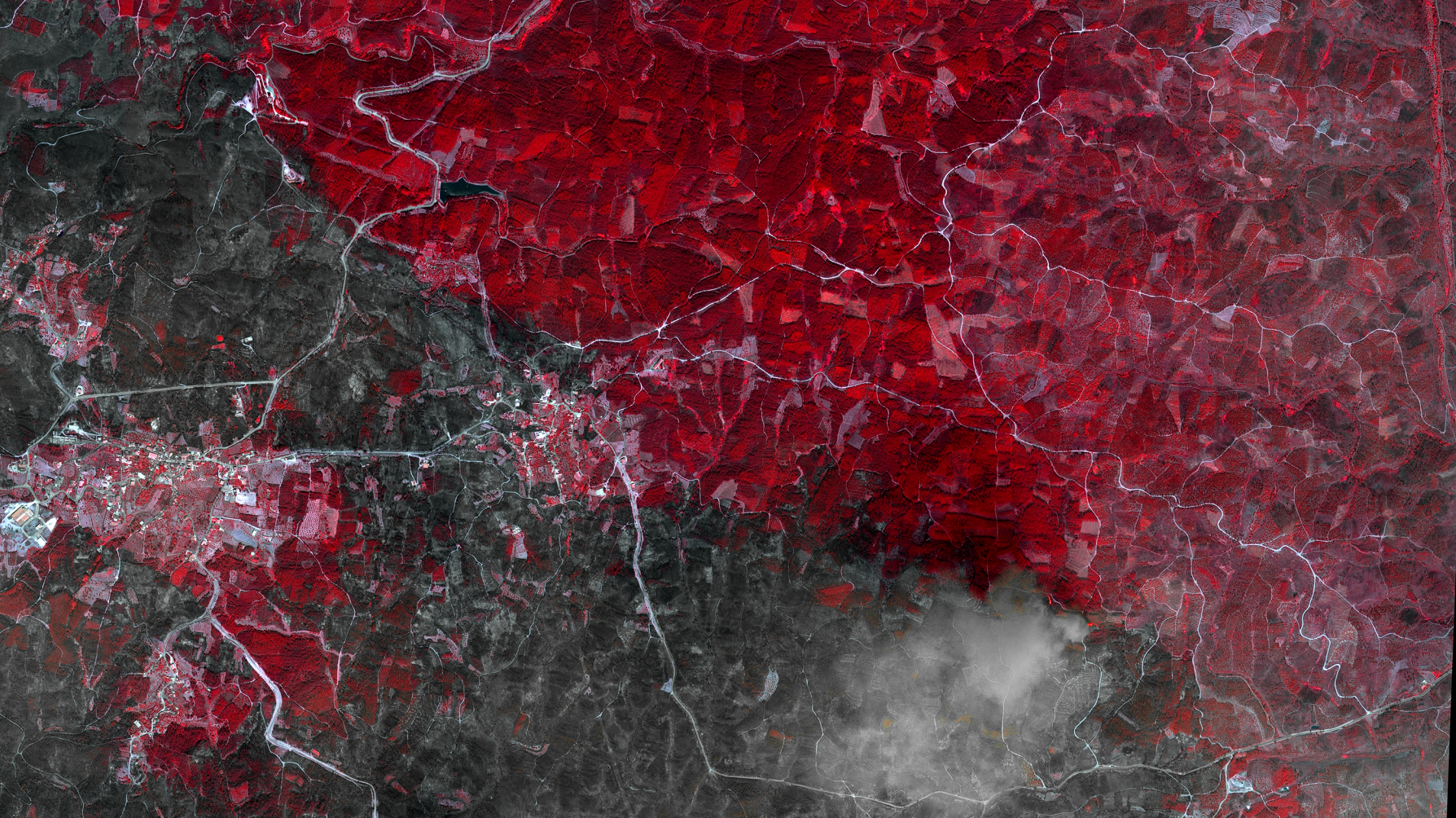 Dozens have been injured and hundreds displaced as multiple massive fires burn in central Portugal.  As firefighters battle day and night, European Space Imaging works around the clock to collect and deliver current Very High Resolution (VHR) satellite imagery that is crucial for emergency responders to make informed decisions. These images were ordered by the Copernicus EMS to create maps for emergency responders, so they can assess their strategies on a daily basic.

The Copernicus EMS placed the satellite imagery tasking order with European Space Imaging just after midnight, local time on 22 July. European Space Imaging is able to accept emergency orders 24/7 as it partners with Maxar Technologies to fulfil after hours tasking requests.  The ability to place an overnight order and have the first available satellites collect images in the morning means that maps that are essential to the firefighting and evacuation efforts can be delivered and utilised within hours.

GAF AG, a valued partner of European Space Imaging, was relied upon for rapidly producing the necessary maps based off of the collected imagery.  The images were used for Delineation maps which provide an assessment of the event impact and extent.  For this, it is necessary to have images acquired as soon as possible after an emergency event.

European Space Imaging operates the WorldView Satellite Constellation as is passes over Europe and North Africa. The images delivered for this emergency activation were from the WorldView-3 satellite.  WorldView-3 is able to collect 30cm resolution images with up to 16 spectral bands including 8 SWIR bands.  The importance of these spectral bands cannot be overstated. Applications include analysing plant health, identifying material composition or in forest fire situations, identifying burned areas.

The interactive sliders below depict natural and false colour satellite imagery of 4 AOIs within the wildfire.  In the false colour images, red denotes healthy vegetation while the black/grey areas are burned vegetation. The distinction is much clearer than the natural colour images. 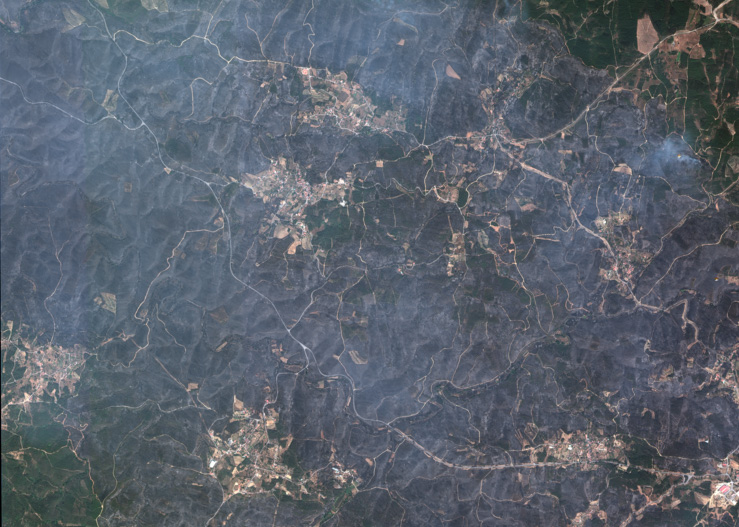 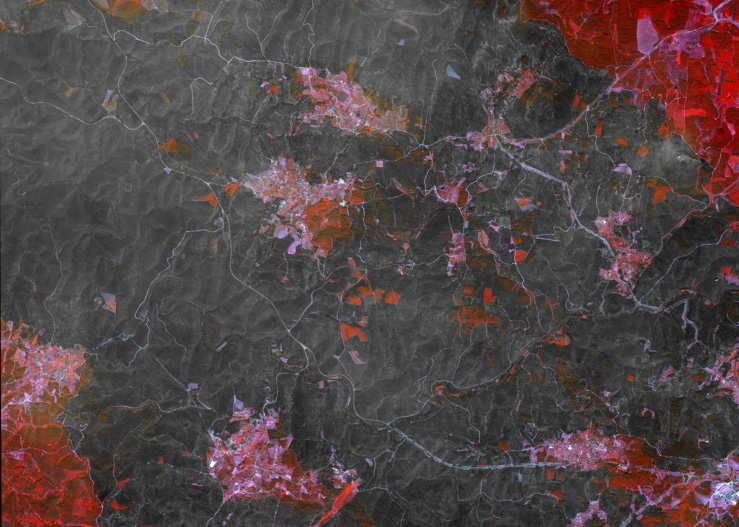 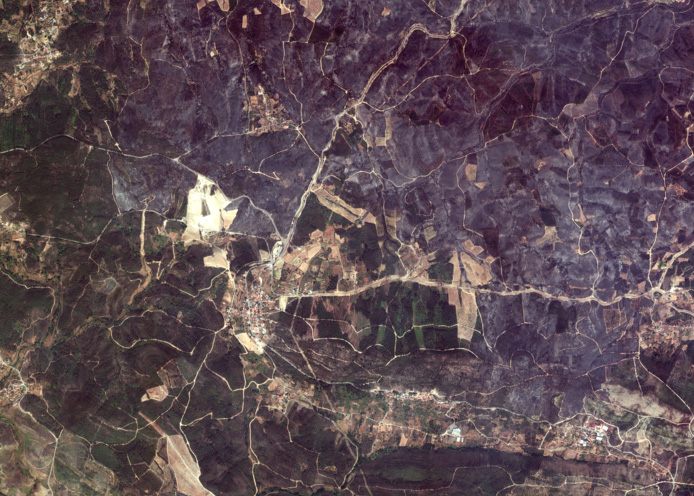 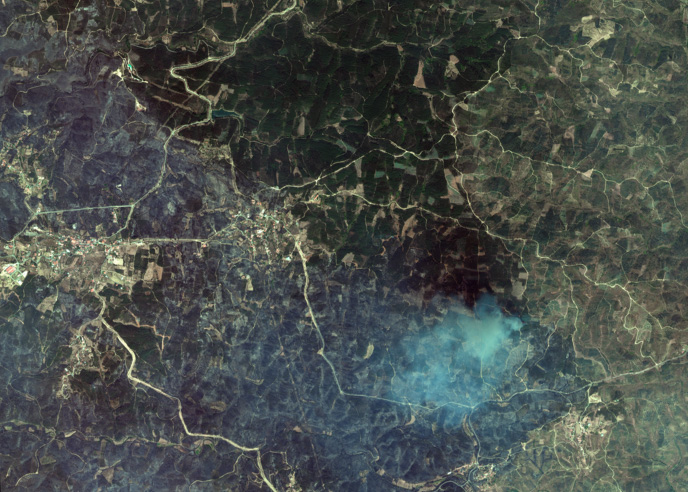 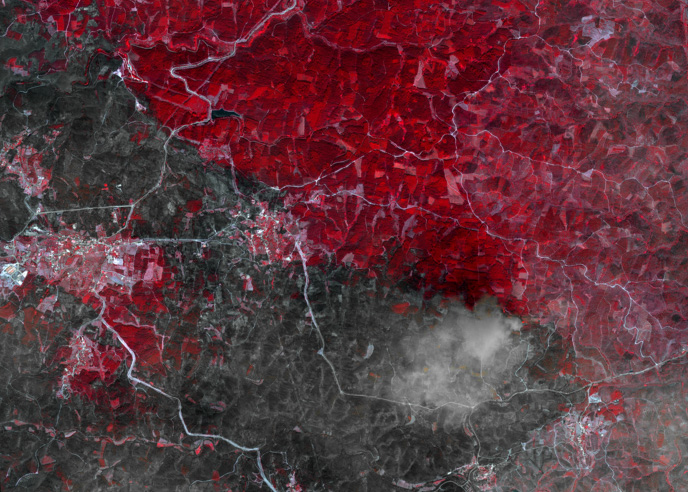 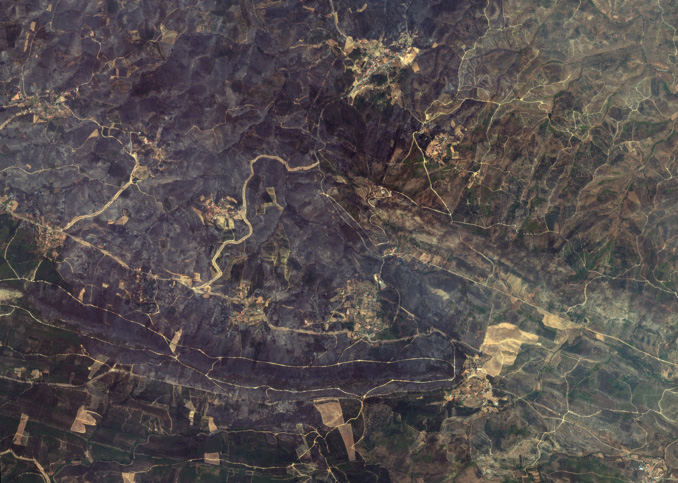 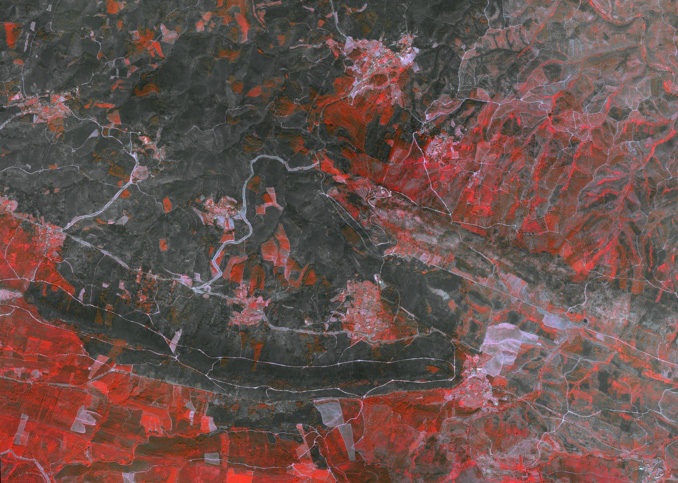 European Space Imaging will continue to monitor the ongoing fires in Portugal and work closely with the Copernicus EMS to fulfil any more emergency satellite imagery needs.