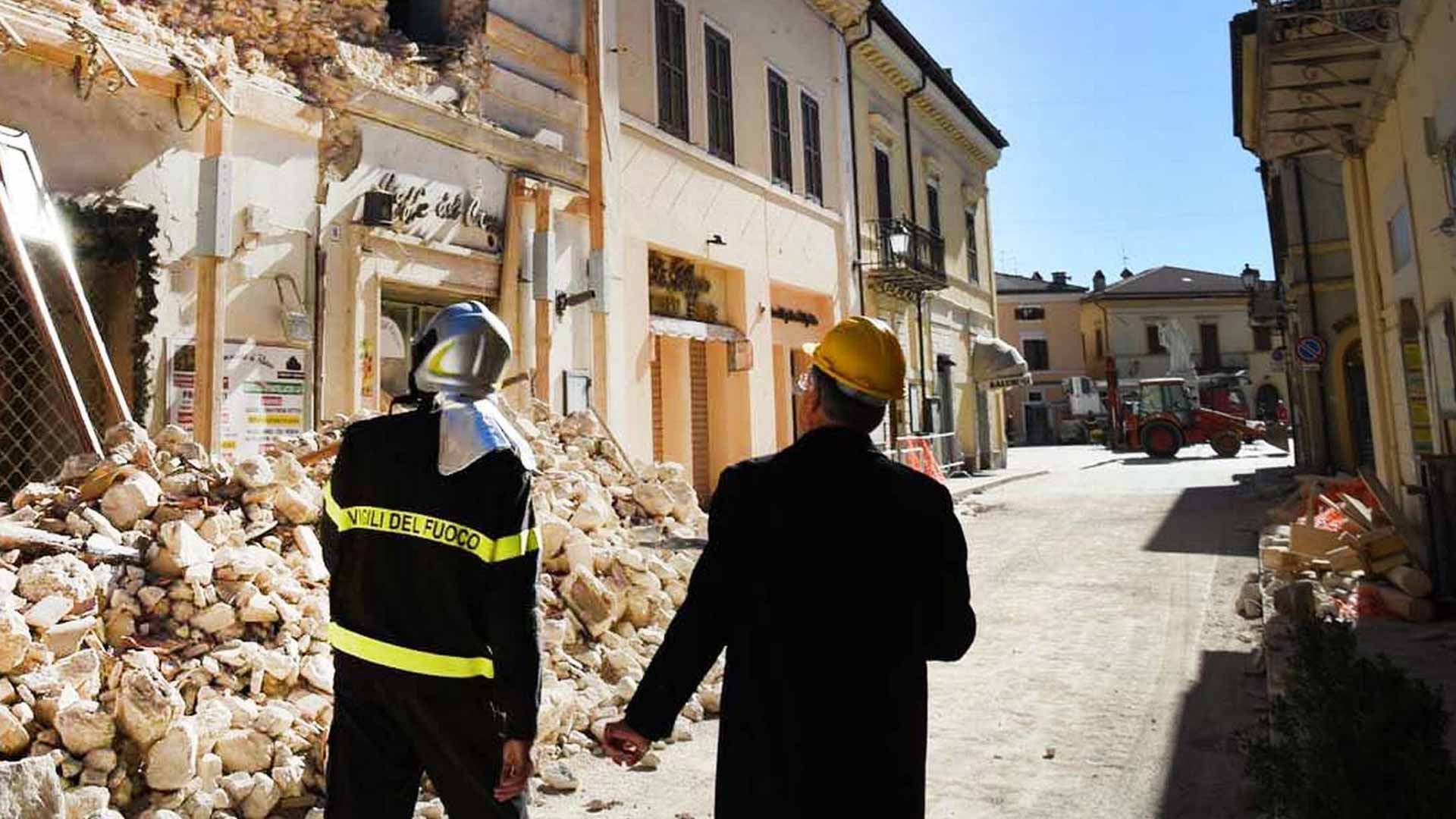 The imagery was captured by the WorldView-2 satellite over the affected region showing the extent of the damages caused. The high-resolution imagery was immediately made available to the Italian Emergency Services.

The earthquake hit at around 3:30 am of August 24th, 2016, some 100 km northeast of Rome. The earthquake of magnitude 6.2 severely damaged several towns and killed hundreds of people in central Italy. The towns of Amatrice, Accumoli, Pescara del Tronto and Arquata del Tronto have been completely devastated. 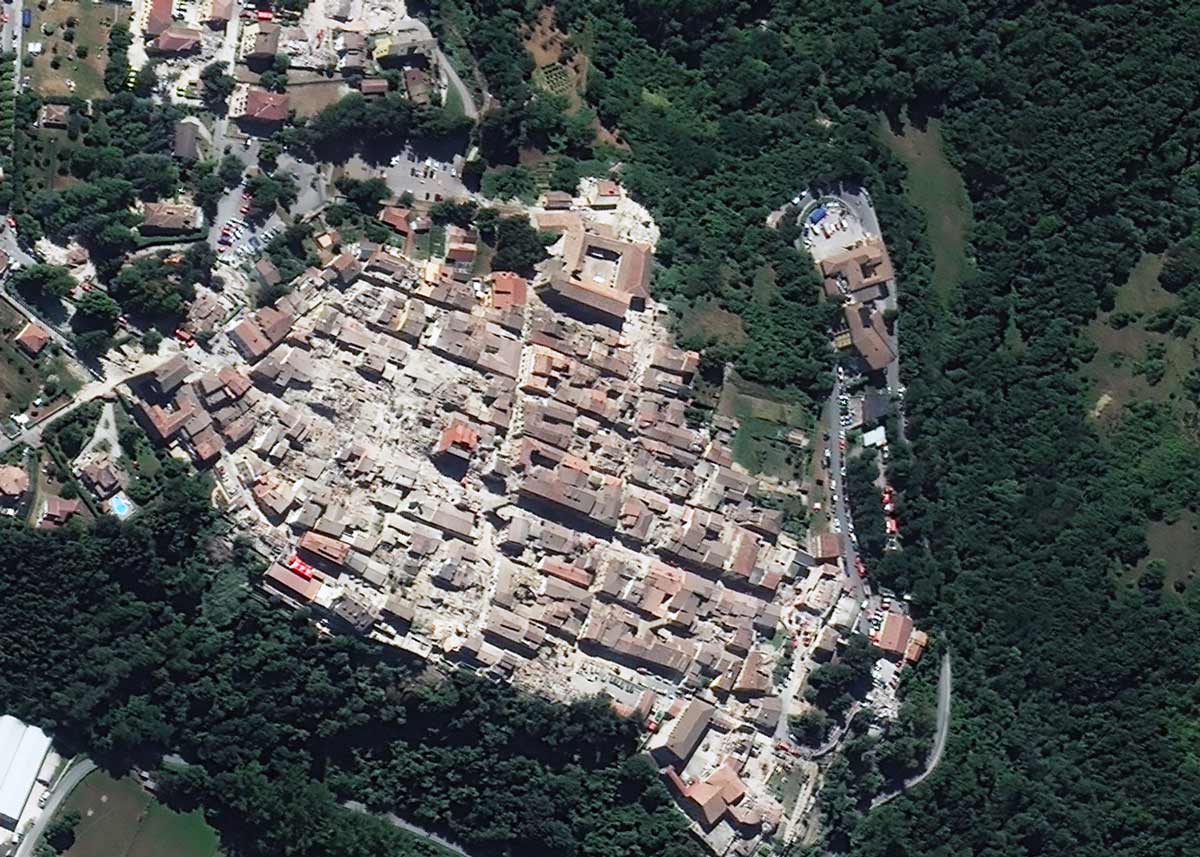 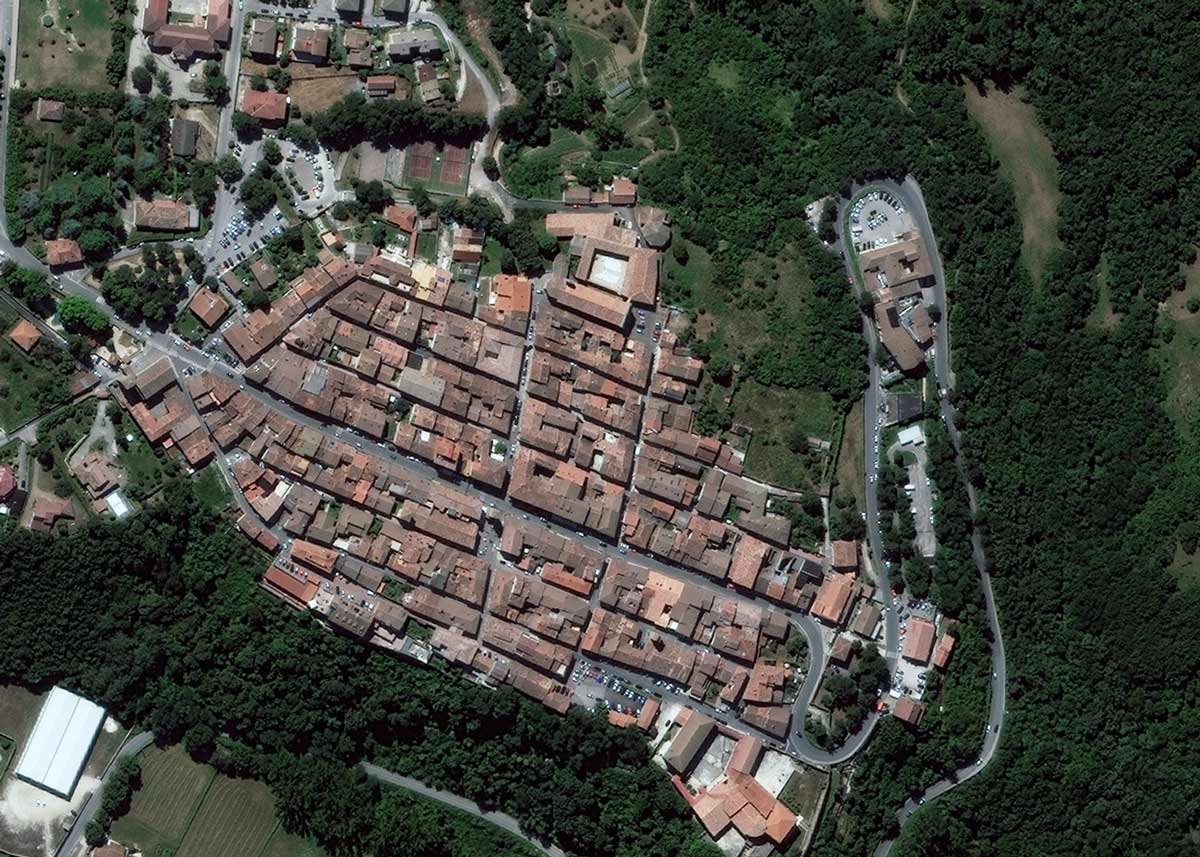 Planetek Italia, based in Italy is a major supplier of satellite imagery and mapping services in Italy. In the case of the earthquake they supplied the first imagery to emergency services.

“The ability of satellites to collect images over large areas, the view from above of the areas affected by an emergency and the comparison with previous images helps to quickly recognize the changes, and understand where to address first aid”, says Giovanni Sylos Labini, CEO of Planetek Italia.

As the leading supplier of very high-resolution satellite imagery in their region European Space Imaging knows the importance of making imagery available quickly.

“When a catastrophe happens in Europe we can react quickly. Our dedicated staff give highest priority to support disaster relief efforts in a fast and pragmatic way. We are proud of our team and happy to help when we can”, says Michaela Neumann, Director of Sales and Marketing, European Space Imaging.

The image was provided to the Humanitarian OpenStreetMap Team (HOT) and has been made available to anyone who wants to contribute to the detection and mapping of buildings and infrastructures damaged and destroyed. This activity will provide updated information of great support to Institutions and emergency services during the emergency and after.

The European Union immediately alerted the Copernicus EMS team, which is providing the Italian Civil Protection damage assessment satellite maps for the affected area, based on European Copernicus Sentinel satellites.