Major Oil Spill in the Mediterranean

French and Italian maritime authorities have commenced cleaning a major spill that has spread 20 kilometers in the Mediterranean Sea after two cargo ships collided north of the island of Corsica on Monday 8 October 2018.

European Space Imaging captured a series of satellite images of the site on Tuesday 9 October at 50 cm resolution with WorldView-2.

The vessels involved in the accident are the Ro-Ro Ulysse, owned and operated by the Tunisian shipping company Cotunav, which ran into the boxship CSL Virginia, owned by Cyprus Sea Lines while it was anchored about 30 km off the northern tip of the island causing upwards of 600 tonnes of fuel to be leaked.

Whilst no one was injured during the collision, the extent of the damage is considerable. Although it is still too early to determine exactly what happened, satellite imagery analysed from before and after the incident can provide key insights to assist the investigation process.

“Satellite Imagery is useful for first responders of any crisis to assess the scope of damage and get another view of the scene. It can also help to monitor and detect any changes that may be critical to minimising or even eliminating further catastrophe” said Adrian Zevenbergen, Managing Director of European Space Imaging. “The benefit of satellite imagery is that the different spectral bands can be used to classify unidentified materials making it an invaluable source of information for maritime disaster management.”

In an effort to contain the disaster, tugboats have been dispatched from three Italian ports and the French navy has also provided a vessel specialised in containing and cleaning up spills with oil spill experts dragging a floating barrier to contain the oil followed by the use of a skimmer to suck up the fuel. 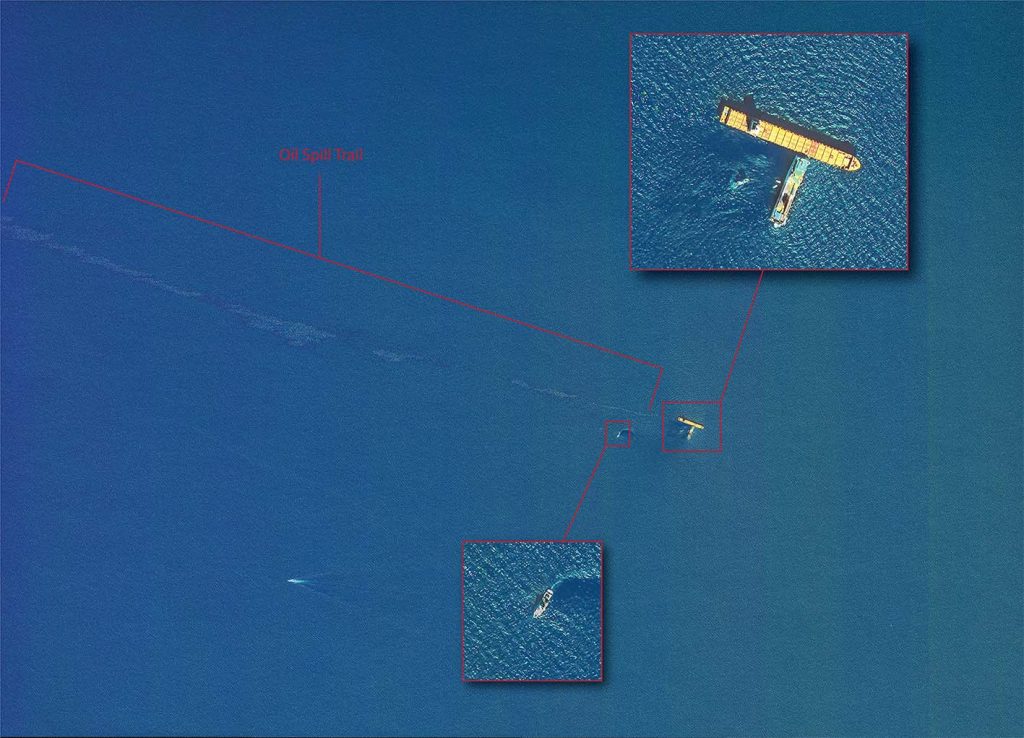 Satellite image at 50 cm resolution showing the collided ships and subsequent oil trail off the coast of Corsica, Italy. The high quality of the data makes it possible to zoom in on the image and thereby identify the extent of the damage and surrounding clean up efforts. ? 09/10/2018 by WorldView-2 © European Space Imaging 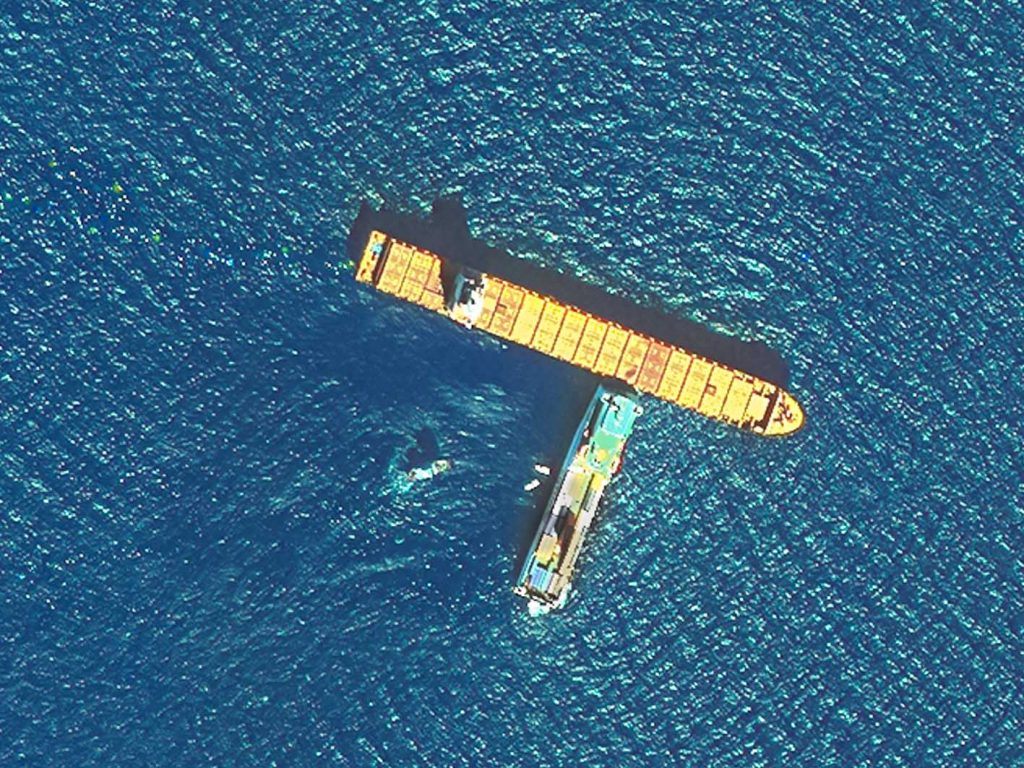