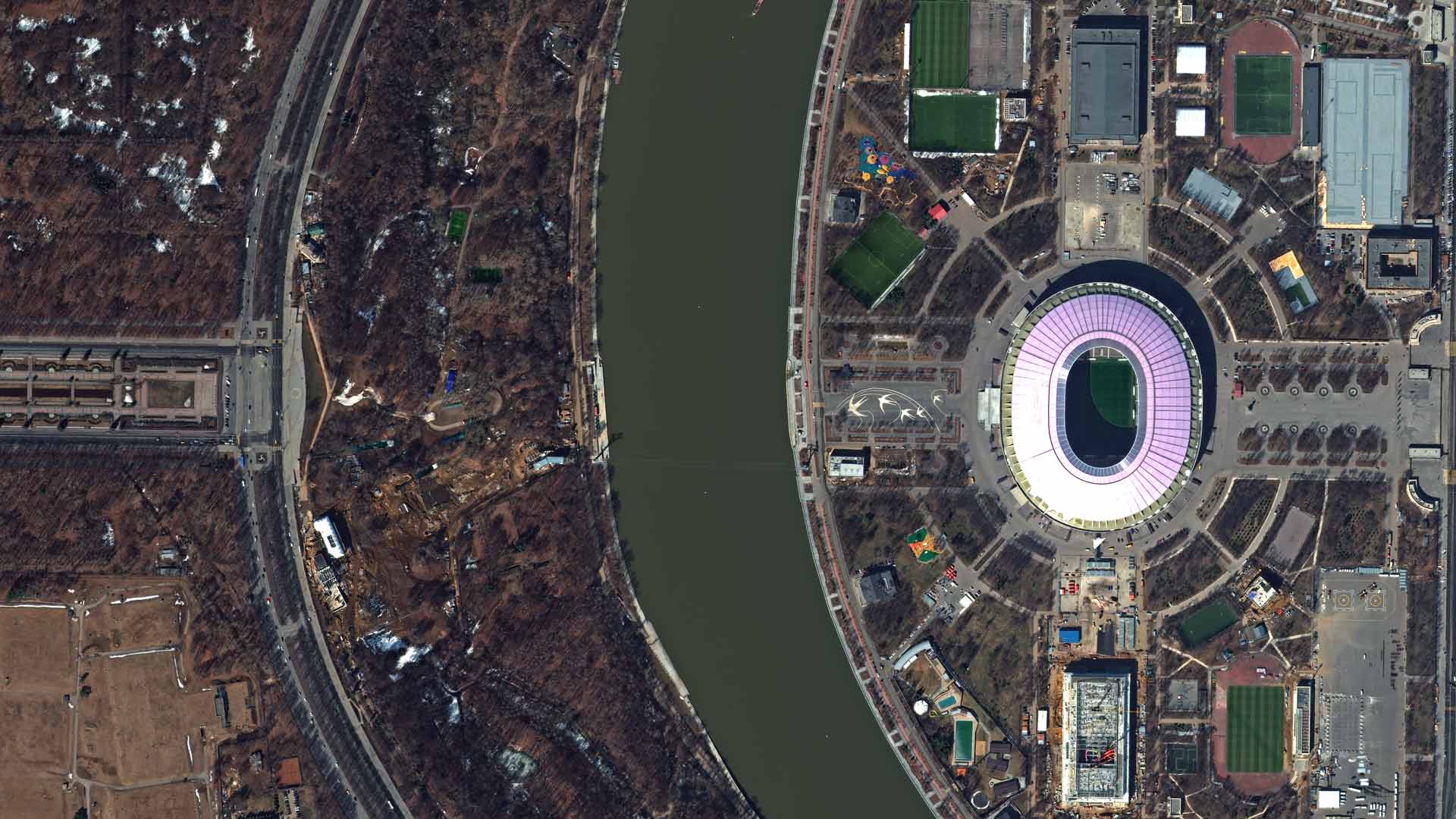 The FIFA World Cup 2018 tournament will kick off in Russia tomorrow and to celebrate this great sporting event European Space Imaging have released satellite images showcasing each stadium from a birds-eye perspective.

The images were captured with DigitalGlobe satellites WorldView-3 and WorldView-4 at true 30 cm spatial resolution – the highest resolution currently commercially available. This allows football fans a unique view of where the 64 games that will decide this summer’s World Cup will be played.

The matches will be played across 12 stadiums, six of which were specifically built for the games costing almost €1.5 billion. It is expected that up to 1 million fans from all over the world will visit Russia for the tournament.

“No other satellite provider is able to provide imagery at true 30 cm resolution so it is very exciting to be able to share these detailed images of the World Cup Stadiums with football fans ” said Adrian Zevenbergen, European Space Imaging’s Managing Director.