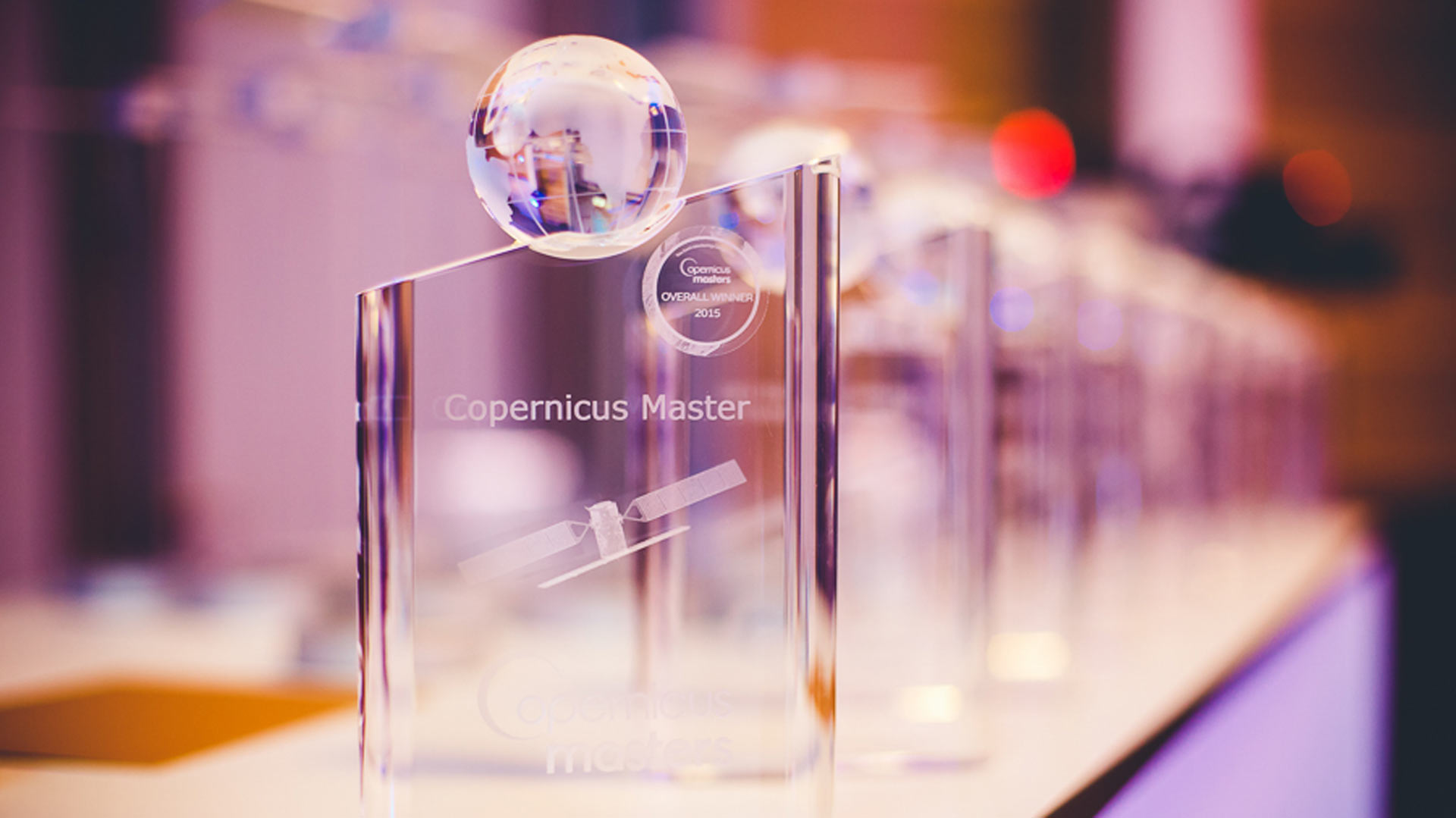 It was a big night for the Munich start-up Building Radar GmbH, who provide a global, satellite-based online database for new construction projects, taking out two prizes in the international Earth observation competition Copernicus Masters. Firstly they won the European Space Imaging High-Res Urban Challenge then went on to be named this year’s overall winner becoming this year’s Copernicus Master. 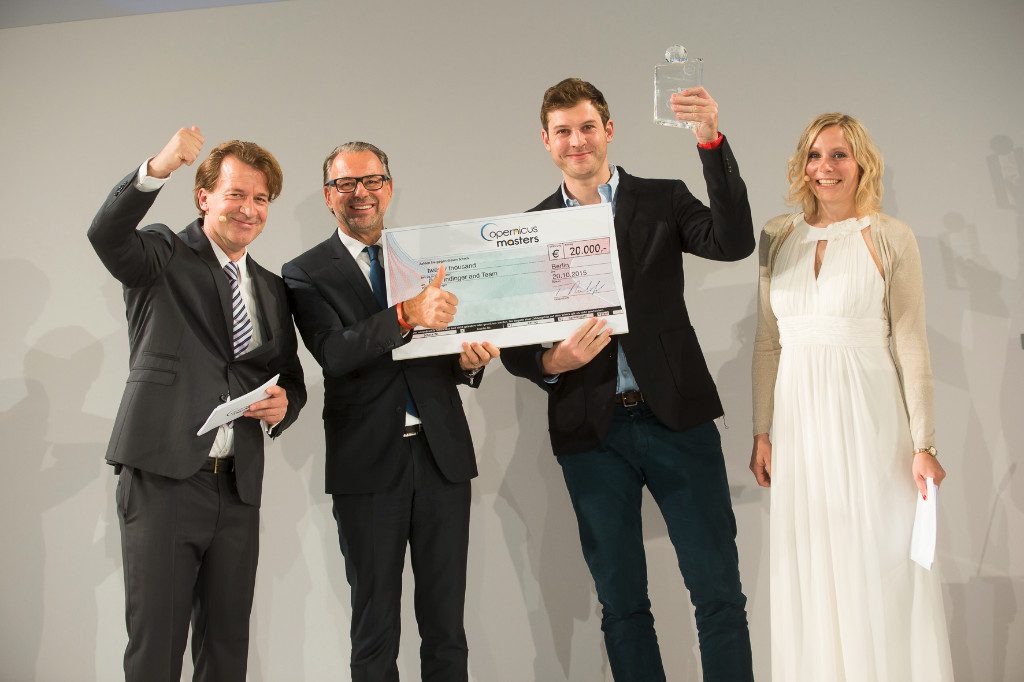 “The start-up Building Radar presents an integrated solution for VHR satellite imagery within a solid business model. It is focused on providing automated monitoring and detection services for the construction industry, whereby satellite imagery will be incorporated within the solution for the validation and monitoring of the building progress or for the detection of new construction sites.” says Adrian Zevenbergen, Managing Director, European Space Imaging. “This solution may open new doors for the use of precision satellite imagery in a worldwide context.”

Founded in Munich by Paul Indinger, Leopold Neuerburg, and Artem Ostankov in 2014, the start-up came out on top in the competition’s European Space Imaging High-Res Urban Challenge and went on to edge out the winners of seven other categories for the grand prize. The Building Radar online platform, which already contains more than a million construction projects and over 200,000 company profiles, uses a custom-developed algorithm to identify new building projects around the world. Its customers include companies active in the new construction and maintenance sectors. With building project leads accounting for some EUR 72 billion in revenue each year, Building Radar makes it possible to verify online search results and track changes in projects by means of satellite imagery. The platform thus enables its users to monitor many different construction endeavours while providing much greater cost-efficiency than its competitors thanks to its innovative data research methods.

The Copernicus Masters’ EUR 20,000 grand prize was presented to Building Radar’s managing director, Paul Indinger. As the winner of the European Space Imaging High-Res Urban Challenge they also won a generous data package to help them develop their service. 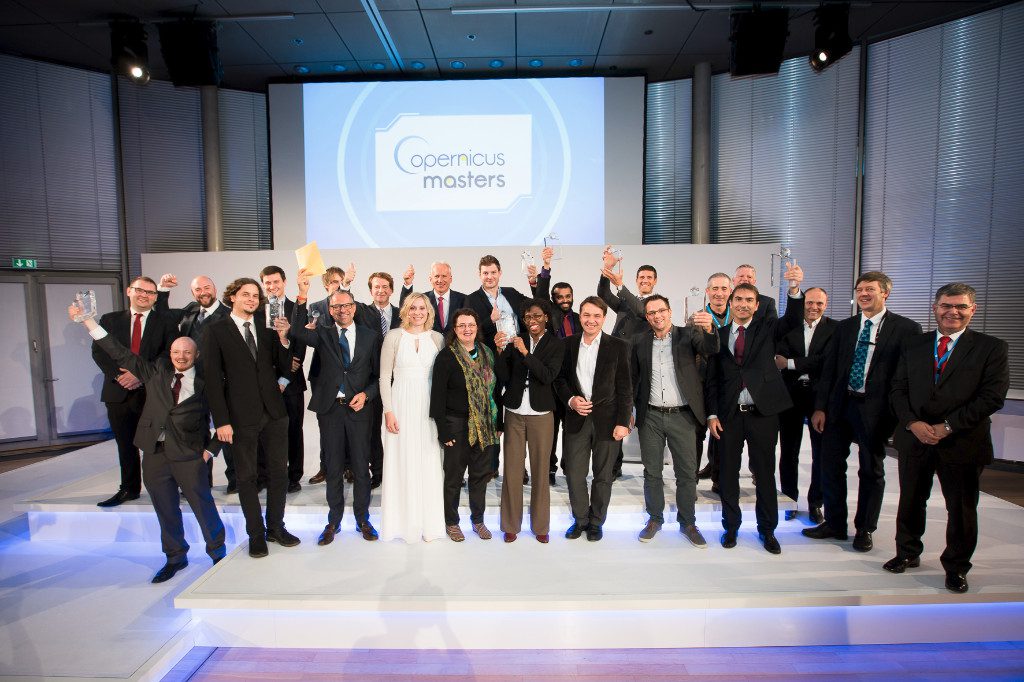 Since 2011, the Copernicus Masters has recognised each year’s best ideas for making innovative use of such data. The 2015 edition received more than 200 entries from close to 50 countries around the world. The applications submitted this year offer a fantastic glimpse of the next generation of Earth observation services along the entire value chain.